6am starts, accountability and support! 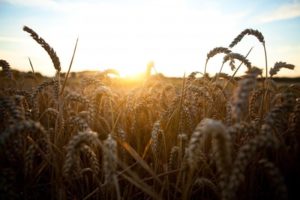 For the past 5 days I have been getting up at 6am.

Which may seem like no big deal if you’re an early riser – but for me it’s huge because “I don’t do mornings!”

I love nothing better than a lie in!

So when my mentor suggested an experiment of 6am starts I thought it was probably the craziest idea she had ever had!

Crazy as it was, there was this little piece of me that was singing for joy (but I wouldn’t have admitted that of course!)

You see, I had been getting frustrated at how little I felt I was achieving, and how late our days had shifted due to the school holidays.

So whilst I complained outwardly, inwardly I knew this was something I wanted to do.

And of course this wasn’t forever – merely an experiment – so “how hard could it be?”

Thus began the “6am Circle – an experiment in early rising”.

It was structured so that each morning, for 5 days, we would meet on Zoom at 6am and share our intentions for the day.

The first morning, I so did not want to get up at 5:50am – especially as I’d had a rubbish night’s sleep.

But I was committed so up I got!

It took me over an hour to wake up fully – but even so I did get lots done before the rest of the house surfaced.

Each day it has gotten easier and I am LOVING the extra time and seeing the sun rise.

I am also going to bed sooner (something I have wanted to do for so long but never managed.)

And of course, this experiment has also got me thinking – about accountability and support.

In business circles the desire for accountability comes up a lot, and people will often hire mentors and coaches because they want accountability.

But what  I’ve discovered about myself (and I have clients who are similar) is that when I’m fully  committed and want to do something – I don’t need any accountability – I just do it.

On the flip side, when I’m not committed to something, no amount of accountability will get me in action – instead it makes me feel bad and perpetuates my “not good enough” story.

Which is why when I’m coaching clients and they say they want x but are not taking action towards it – I don’t put accountability in place – instead I get curious and dig deeper – what’s actually going on?

I do this because I know that, when we have a true understanding of what’s so, the next steps become clear and easy to action.

And so I see support as being very different to accountability.

For example, if we look at the 6am circle, we could easily have all made an agreement that we’d get up at 6am and report in every morning in our secret Facebook Group.

The accountability is there.

If we didn’t report in – or we shared we didn’t get up – then someone could have checked in with us and asked why not and maybe explored what we needed to do differently tomorrow.

But it wouldn’t have had the impact the 6am circle had.

You see this is way more than accountability.  There’s support in place.  There’s the actual structure of the Zoom meeting, and then there’s the energetic support – which is huge!

It meant that when my alarm went off at 5:50 I simply got up.  There was no negotiating – no more “I’ll just have 5 more minutes” – I simply got up, put my dressing gown on, drank some water and hopped on zoom (looking a fright and yawning throughout).

Believe me in the past I have tried many times to get up early before – and failed!

But this time for 5 days straight it’s not only been relatively easy – it’s actually been a joy (ok apart from the 10 minutes or so of actually getting up!)

And when it comes to support, accountability and fulfilling our desires – there’s so much to explore and look at (especially if we’re frustrated we’re not moving fast enough)

So this is something are going to be exploring throughout September over in the Exploring Wonderland Facebook Group.

I’m excited to share some unique perspectives when it comes to receiving support and to hear about your experiences so do join in the conversation – especially if getting or receiving support is something you struggle with.

I shall also be talking more about this on the blog so stay tuned.

Melina supports people to live an inspiring and deeply fulfilling life – full of magic and adventure.  To find out more about working with her, book an Exploration Call today.