Dance to the rhythm of your own drum 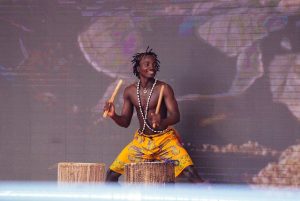 Before signing up to any training programme we often ask ourselves “will it work?”

For me it’s a very familiar one.

In the past every decision I made was through that lens – will this thing I want to do bring me closer to where I want to go?

These days, I’m no longer “destination orientated” and instead I make choices based on what motivates and inspires me.

But if I dig deeper into what’s underneath, I can see that when we ask “will it work”, we are actually asking “can I trust?”

Can I trust myself to make the right decision?

If you believe you’ve made “bad” or “wrong” decisions in the past then you will agonise much more about every decision because you don’t want to experience the pain of “another mistake”.

And the truth is we cannot possibly know something will “work” for us until we try it – even if it’s worked for other people.

Have you ever tried to follow someone else’s system and “it’s not worked” – even though you’ve followed all the steps exactly as they’ve laid out?

Or you’ve not followed the system exactly because you wanted to “make it your own” and it bombed?

You see we generally expect that if something works for one person it will work for everyone.

I for one used to think that “if I can do it, anyone can”.  But now I know that that’s simply not true.

We’re all different – our life experiences are different, our gifts and skills are different.  Just because for one person it’s easy to do something it doesn’t mean that everyone else will be as successful simply by following the same steps.

I remember speaking to a prospective client once who wanted to create a blog and do online marketing.  It was a means to an end – creating passive income.   Yet she hated being on her own in front of a computer and she disliked writing.   So I asked her why she wanted to do it if she hated every aspect of it?  She had never asked herself that question – she just thought it would help her to achieve her goals and enable her to give up her job.  That one question made her re-think her whole business idea.

And I see this playing out on so many levels – believing that in order to have x we must do y.  I’ve fallen into that trap many times and am wondering where it still plays out today.

And what happens is because we don’t really want to do x, we don’t put our heart and soul into it.  We do it more out of obligation than joy.  We then get and come to the conclusion that – “it doesn’t work”.

It’s not that “it doesn’t work” – it’s because we don’t actually want to do it.

Yet we don’t see this because we are conditioned as children to do things we don’t want to do – so much so that often we don’t even know what we truly want any more – we simply latch on to what other people want – and believe we want that too.  We rarely stop and ask ourselves – do I really want this?

Over the last few years I’ve really tuned into to what it is I really want – what makes my heart sing – what gives me joy?

I questioned EVERYTHING I thought I wanted.

Most of what I thought I wanted was the complete opposite of what I actually want.

Years ago I thought I wanted to create an online business with systems and procedures.  Set the system up once and generate income over and over – “rinse and repeat”.   When actually what my heart truly craves is freedom and adventure.  Exploring new avenues, pushing the boundaries – seeing what’s possible.

Once I’d done something once the last thing I wanted was to put a system in place to sell the same thing over and over!  But I didn’t know that at the time – I was busy beating myself up for not following the plan!

Crazy huh – I was beating myself up for not doing something I didn’t want to do in the first place (nor was I meant to).

But I see it happen all the time in business – we squish ourselves into boxes, doing things that because we think we “should”.  Often it’s not what we do – it’s how we do it that’s the issue.

Interestingly I have come full circle regarding an online programme – preparing to launch the Sacred Selling System as an online programme.  However knowing that I need newness, variety and interaction I am creating it in a way that gives me this.   I’ll have different options to suit different budgets and I’m very excited about it.

When it comes to having a business you love, one that fuels your passions and gives you the income you need, there are two things to focus on:

Once you marry these two together you have a business you not only love, but one that is profitable and sustainable.  Often it’s just a tweak you need to make and everything shifts.

And of course this is something that’s constantly evolving and shifting – so it’s important to review both what you want and what the market wants regularly.

Buy a copy of Sacred Selling on Amazon Today

Sign up to get my latest blog direct to your in-box: