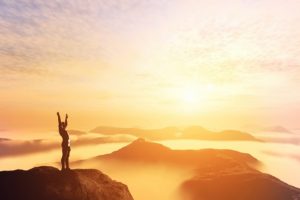 There are moments when I wish I just had a job – a job I could go to, work my hours, know exactly what I’m doing, do it, and go home.

I experienced one of those moments last week, as I struggled – yet again – to write a newsletter to my email subscribers.  I figured they must be very bored by now with me sharing the same old, same old!

In fact, when I thought about it, I was actually bored sitting there typing.

I knew I needed to get up and move, shake my body or go outside and feel the howling wind against my skin.

But instead I remained seated thinking “I have to write this email – I have to be consistent and send this email tomorrow!”

And as I typed, I became very present to just how deeply this particular pattern was rooted.

It’s a pattern I have been struggling with for what feels like forever.  In fact, I was reading through a couple of journal entries from way back in October 2011 and it was so similar.  Even down to “I need to go for a walk”.

Of course, it’s no accident that this particular pattern turned up with a vengeance last week.

Precisely when I was about to give a heads up about a Magical Mystery Adventure I’ve got planned for November.

The theme (oh but of course!):

Letting Go of Self Sabotaging Patterns and Limiting Stories.

I mean come on!

I can’t lead an online retreat supporting people let go of patterns if mine are still playing out!

I’d be out of integrity – a fraud!

I am now sooooo familiar with my own patterns.

I’ve been up-rooting them over and over for the past 14 years.

I have definitely reached a level of mastery in this area.

And as the fog cleared, I became crystal clear on the mechanics of this particular pattern.

That the struggles I’d experienced over and over with my writing, were not merely symptoms of a “not good enough” pattern – it was the pattern itself – in action.

And so I share it – I don’t leave it lurking in the shadows where patterns normally reside.

Where they lie in wait for an opportunity to come out and hook us (again).

Indeed the majority of our patterns run on auto-pilot and we don’t even realise they’re playing out.

Instead we fall under their spell, believing the lies they spew forth:

Sometimes we’re aware of the patterns- yet feel powerless to shift them.

Other times we can’t see them at all (so we’ve no hope at all of getting unstuck!)

It can take a LOT to eliminate sabotaging patterns – especially those that are deeply rooted and are pretty much running our lives!

I keep thinking I’m done and then I see another facet.

But now, my response to patterns is hugely different.

They make me smile– and I welcome them (ok I’m not always that graceful).

But I do know one thing for sure:  seeing them and outing them means they no longer have the same hold over us.

So the next time this particular pattern plays out I will catch it quicker.

Until, in a few weeks/months it will be gone completely because it no longer triggers me.  There’s no juice for it in playing out!

I’m starting to see that eliminating sabotaging patterns is at the heart of my business.

Indeed, it has been for a long time (I just couldn’t see it before).

When I look back at the extraordinary results my business clients got when working with me, their biggest breakthroughs came, not as a result of the strategies I taught, but shining a light on their unconscious patterns and helping them heal.

It’s rather exciting to explore leading with this work – instead of sneaking it in under the radar of business coaching.

And of course, when the self-sabotaging patterns stop playing out then our businesses can really take off!