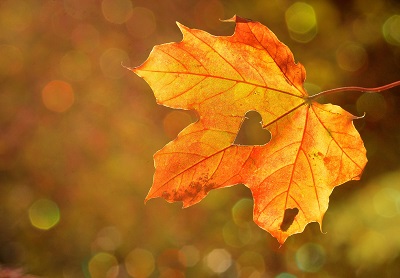 3 weeks ago I wrote to my email community inspired to share something that had moved me to tears.  Marianne Williamson is campaigning to stand for President.

My FB feed was full of the news and it touched me so deeply I felt compelled to share it with my community.  To witness a strong inspiring woman take a stand for something she wholeheartedly believed in was too inspiring not to share.

The post I wrote flowed, was written in less than an hour and required very little editing.

I was proud of it.  you can read it here:

I read some of the comments in response to the news.

Comments that suggested that whilst she was an awesome woman she didn’t have the necessary political skills or experience needed to be President of the United States.

That in turn led me to a thread discussing white privilege and I read some very negative feedback about Marianne Williamson.

And immediately my thoughts of love and a job well done flipped and I went into self-doubt “oh no what have I done, I shouldn’t have sent that email.”

And then a few days later the clincher came!

That final straw that sent me into a 3 week silence!

I do not like anything with political undertones, it’s not what I’m seeking in what you offer, and why does everyone assume that everyone has the same political belief as them!

Now the logical rational part of me knows that the lady who unsubscribed doesn’t resonate with me or what I’m sharing, nor was she ever likely to become a client.  And so on the one hand I was happy to let her go – with love and gratitude – and allow space for someone new to come along.

But the feeling, emotional part of me was totally wounded by what she said.

She’d stabbed a knife into an open wound and squished me down. And so I responded by clamming up! Like I’ve done time and time again!

It was a really deep wound – and it had been impacting every area of my life until I was able to see it and start to heal it.

The wound was inflicted when I was four years old.  When my Daddy left to marry someone else.

I must have done something really bad and terrible to make my Daddy stop loving me.  To force him to leave and be with other children who were obviously better than me!)

But life went on.  I don’t really remember those years other than a few isolated incidents.  I blocked out all the pain and heartbreak.

Then when I was 7 we left Australia and came to England (my mother was British and wanted to return home).  At that point contact between me and my Dad stopped and I only ever saw him once more for just a few days.

I buried the pain so deep I truly believed I didn’t care. After all, parents split up all the time – I wasn’t unique in any way.  My mother loved me deeply and took great care of us so I really didn’t have anything to complain about.

Several years later, when I was 13 I went to France on an exchange visit.  I loved it! So when we were asked to create a scrapbook of our experiences – and there was a prize for the best one I jumped at the opportunity.

How exciting!  I wanted to win and I created the best scrapbook ever.  I talked about my experiences in great depth sharing everything – what I’d learnt, what I loved, what I didn’t love.  I left nothing out.  It was so detailed I had to glue 2 scrapbooks together!

Everyone thought I’d win because I’d put the most effort in and it was by far the most comprehensive.

And so I asked my French teacher why not.

He told me it was because some of what I’d written might have offended my host family!

( I probably should have left out the bit about the soup being disgusting because they put bread in it which was all slimy.  Or that they made tea in a weird way!)

But as I think back to that time and then I look at the comments I received from that unsubscribe I cannot help but see the parallels.

What I have to say offends people.

And thus a journey of squishing myself down and fitting in began.  I learnt to agree with what others shared (or say nothing).

I made sure I kept my opinions to myself and wouldn’t say anything that might rock the boat, or be controversial in any way.

I became very adept and skilled at moulding myself to whatever the circumstances dictated.

And it worked – I was accepted and well liked.

But there was a price to pay – my inner world was a living hell.   I was quick to anger and ready to explode (but only ever in the confines of home of course).

And so when I found myself on this path of transformation I had layers and layers of wounding to uncover and heal.

I started speaking out – sharing what I really believed, beginning in environments where I felt safe (private FB groups, with my mentor, to my husband.)

And then I’d get brave and share something with my email community or on my public profile.

Until someone would question me or tell me I was wrong.

And I’d shrink back again.

In truth although I talk a lot about my work not being good enough the underlying wound for me is not that.

My wound is always around being cast out – unloved because of a different opinion or my vision of the world being different.

No wonder I would clam up when it was time to stop regurgitating other people’s opinions and start to share my own unique original voice.

Entirely understandable that I would edit to death to ensure I didn’t upset or offend anyone (and consequently have to pay the price for that).

And of course each time I hear one of my friends or a family member say “I read your posts” I cringe – terrified that they’re going to stop loving me because of something I’ve said.

But I also know that each time that wound gets triggered it heals a little more.  And so I stay open and keep moving forward knowing one day that wound will be completely healed.