But it’s supposed to have a happy ending!

If you’re like me and you don’t like hearing the end of a story you’ve not read or watched, be warned there’s a spoiler alert coming. 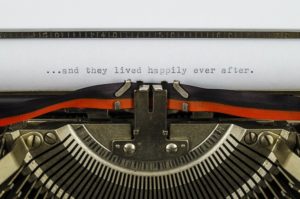 I’ve just finished watching a television series called Sanditon based on an unfinished Jane Austen novel.  Typical Jane Austen – dishy leading man, pretty, outspoken heroine who refused to let society dictate how she should be, a beautiful setting and gorgeous costumes – escapism at its best.

I loved every episode of Sanditon right up until the end – when it ended with both the hero and heroine heartbroken.

WTF?  It’s not supposed to end like that – this is Jane Austen – it’s supposed to have a happy ending.  Those are the rules.

I didn’t feel empathy and loss for the heroine – instead I got cross with the writer – who clearly wasn’t Jane Austen – she would never have ended it like that.

It spoiled everything.  Of course by ending the way it did, the writer leaves it open for a second series – and there is indication that there will be one – especially as I am not the only outraged fan.

Of course in real life – there isn’t always a happy ending – it is quite possible for two people who love each other not to be together for all sorts of reasons.  I totally get how the hero would put the needs of his brother and his family, plus the needs of a community over his own heart – it wouldn’t be my choice but I understand.  However as I see it, that would be a totally different story from the outset.  This is a love story – it needs a happy ending.

So I complained to my husband, I complained to my daughter, and now I’m complaining to you.  I even did some digging – first to find out how much of the novel was actually written by Jane Austen – very little it turns out.  Then I found articles from people who were as enraged as I was.

But I felt there was more to my utter outrage than appeared on the surface – it’s a TV series – why do I care so much?

So I decided to do a little digging into my relationship to rules.

On the one hand I rebel against rules – rules are made for breaking after all.

But then I think about the training I’ve done on story-telling – that if you want to write a great story you have to follow the rules.  You can bend the rules as much as you like – just as long as you don’t break them.

And in truth I find rules comforting – they set the parameters – if I know the rules I know how to play.  In games I get very cross when people cheat and if there were no rules there would be all kinds of arguments.

But what about rules in other areas of my life – like writing and sharing on Facebook for example?

I have an internal rule that says a Facebook post has to look a certain way.  For example there’s the rule about what posts are “acceptable”, for example updates of my life – sharing photos of my daughter when she’s competing in a dance competition, sharing a picture of a cake I’ve made that I’m particularly proud of, sharing photos when we’re away on holiday.

My goodness I’m exhausted just writing out that list.  Is it any wonder I spend hours on a single post?

All these rules, trying to be all things to all people.  No wonder I struggle – no wonder I’ve been terrified about how my writing will be received – there’s no way I can follow all those rules in one single post.

So in light of this, what if I ditched all my self-imposed rule and instead replace it with just one?

I write what I’m moved to write

Trusting that if I’m moved to write it, it will be supportive in some way to whoever reads it.

What way that is, is none of my business!

That as a writer I have one job and one job only:

To write what moves me – because that is the divine speaking through me.

The struggle I’ve experienced over and over is in fact all the rules I’ve imposed on myself; rules that murder creativity.

Now that is freeing.

Buy a copy of Sacred Selling on Amazon Today

Sign up to get my latest blog direct to your in-box: